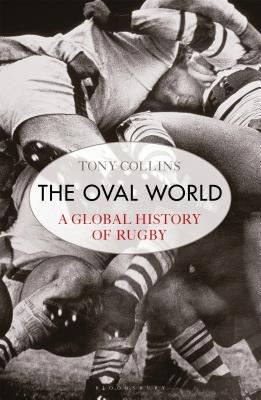 A Global History of Rugby

Rugby has always been a sport with as much drama off the field as on it. For every thrilling last-minute Jonny Wilkinson drop-goal to win the World Cup or Jonah Lomu rampage down the touchline for a try there has been a split, a feud, or a controversy.

The Oval World is the first full-length history of rugby on a world scale--from its origins in the village-based football games of medieval times to the globalized sport of the twenty-first century, now played over a hundred countries. It tells the story of how a game played in an obscure English public school became the winter sport of the British Empire, spreading to France, Argentina, Japan, and the rest of the world, and commanding a global television audience of over four billion for the last World Cup final. It also explores how American football--and other games, such as Australian, Canadian, and Gaelic football--emerged from their English cousin.

Featuring the great moments in the game's history and its legendary names--David Duckham, Serge Blanco, Billy Boston, and David Campese, alongside Rupert Brooke, King George V, Boris Karloff, Charles de Gaulle, and Nelson Mandela--The Oval World investigates just what it is about rugby that enables it to thrive in countries with very different traditions and cultures. This is the definitive world history of a truly global rugby.

Tony Collins is a professor of history and the Director of the International Centre for Sports History and Culture at De Montfort University. His previous books include Rugby's Great Split, Rugby League in Twentieth Century Britain, and A Social History of English Rugby Union, each of which won the Aberdare prize for sports history book of the year. In 2009, his Social History of English Rugby Union was selected as a book of the year by the New Statesman, the Guardian, and the Independent on Sunday.
Loading...
or
Not Currently Available for Direct Purchase