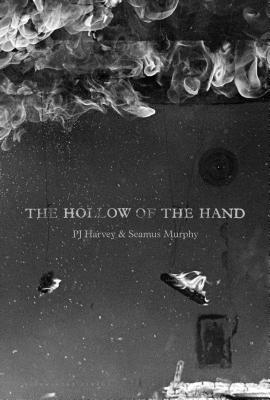 The Hollow of the Hand

Between 2011 and 2014 PJ Harvey and Seamus Murphy set out on a series of journeys together to Kosovo, Afghanistan, and Washington, D.C.. Harvey collected words, Murphy collected pictures, and together they created an extraordinary chronicle of our life and times. The Hollow of the Hand marks the first publication of Harvey's powerful poetry, in conversation with Murphy's indelible images. It is a landmark project and will be published internationally in autumn 2015.

'Gathering information from secondary sources felt too far removed for what I was trying to write about. I wanted to smell the air, feel the soil and meet the people of the countries I was fascinated with. Following our work on Let England Shake, my friend Seamus Murphy and I agreed to grow a project together lead by our instincts on where we should go.'

Seamus Murphy adds: 'Polly is a writer who loves images and I am a photographer who loves words. Our relationship began a few years ago when she asked me if I would like to take some photographs and make some films for her last album Let England Shake. I was intrigued and the adventure began, now finding another form in this book. It is our look at home and the world.'

The Hollow of the Hand will be available in a hardback edition with highest quality photographic reproductions, as well as a reader's paperback version.


Praise For The Hollow of the Hand: Reader's Edition…

"Harvey’s imagination has always been acutely visual. Many poems feel like companion pieces to Murphy’s photographic reportage . . . The Hollow of the Hand is a sincere and sincerely impressive collection." —The Independent

PJ Harvey is one of the most profound and important artists of her generation. She formed her eponymous band in 1991, and has earned commercial and critical acclaim ever since the release of her debut album Dry, including the Mercury Music Prize in 2001 for her album Stories From the City, Stories from the Sea and again in 2011 with Let England Shake­ – the only artist to have ever achieved this honour. She has recorded with industry legend John Peel, worked on soundtracks for films such asBasquiat and the television series Six Feet Under, and has collaborated with an extraordinary range of musicians, including Thom Yorke, Nick Cave, and Bjork. PJ Harvey paints, draws, sculpts, and writes poetry. In December 2013 she was awarded an MBE for services to music.

Seamus Murphy has documented life and change around the world. He has won seven World Press Photo awards for work from Afghanistan, Sierra Leone, Gaza, Lebanon, Peru, Ireland and England. His depiction of Afghanistan and the Afghans over more than a decade was published as a book, A Darkness Visible: Afghanistan.
Loading...
or
Not Currently Available for Direct Purchase