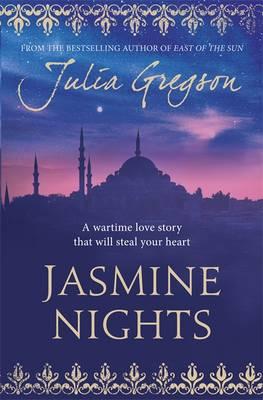 FROM THE AWARD-WINNING AUTHOR OF "EAST OF THE SUN, "A POWERFUL LOVE STORY SET AGAINST THE UNSTABLE AND EXOTIC CITIES OF CAIRO AND ISTANBUL DURING THE HEIGHT OF WORLD WAR II

At twenty-three, Saba Tarcan knows her only hope of escaping the clamor of Cardiff Bay, Wales, lies in her voice. While traveling Britain, singing for wounded soldiers, Saba meets handsome fighter pilot Dom Benson, recovering from burns after a crash. When Saba auditions to entertain troops in far-off lands, Dom follows her to London. Just as their relationship begins to take root, Saba is sent to sing in Africa, and Dom is assigned a new mission in the Middle East. As Saba explores Cairo's bazaars, finding friendship among the troupe's acrobats and dancers, Dom returns to the cockpit once again, both thrilled and terrified to be flying above the desert floor. In spite of great danger, the two resolve to reunite.

When Saba learns that her position makes her uniquely qualified for a secret mission of international importance, she agrees to help the British Secret Service, concealing her role from Dom. Her decision will jeopardize not only her safety but also the love of her life.

Based on true accounts of female entertainers used as spies during World War II, "Jasmine Nights "is a powerful story of danger, secrets, and love, filled with the colors and sounds of the Middle East's most beautiful cities.