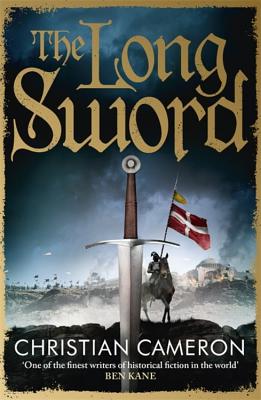 Sir William Gold is looking forward to a lucrative career as a hired sword in the endless warring between Italy's city states. But when a message comes from the Grand Master of the Hospitaliers, William is forced to leave his dreams of fame and fortune behind him.

The Hospitaliers are gathering men for a crusade, and Sir William must join them. Yet before they set out for the holy land, the knights face deadly adversaries much closer to home . . .

In the twisting politics of Italy, no one can be trusted. And there are those who would be pleased to see the crusade fail . . .

Can Sir William and his knights survive this impossible mission into the heart of the enemy?

Christian Cameron is a writer, re-enactor and military historian. He is a veteran of the United States Navy, where he served as both an aviator and an intelligence officer. He is a co-author, with his father Ken Cameron, of the acclaimed Gordon Kent military thriller series, as well as WASHINGTON AND CAESAR, a novel of the American Revolution. He now lives in Toronto with his wife and daughter, where he writes full time.

Praise For The Long Sword…

A sweeping, deeply moving epic that takes the reader into the heart of a different time and culture—HISTORICAL NOVELS REVIEW

The minutiae of military logistics, the mediations in inter-tribe rivalries, and the casual contemporary scene-setting prove unexpectedly engrossing...a sword-slash above the rest of its ilk—IRISH EXAMINER

The battles...are described with enormous verve and power. The ruthless intrigue and politicking that dominate his court are also brilliantly evoked. And, as fate and his own insatiable desire for conquest and glory drive Alexander towards death in Babylon at the age of 32, a genuine sense of an extraordinary personality emerges—SUNDAY TIMES on God of War