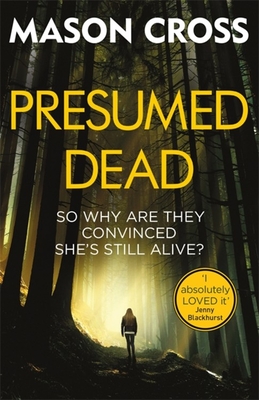 Fifteen years ago, an unidentified killer terrorised northern Georgia, killing hikers with two shots from a pistol, before disposing of the bodies along the remote trails and in the rivers in the vicinity of Blood Mountain.

The killer was never brought to justice.

Carter Blake has returned home for the first time in many years. The visit stirs old memories, including a girl from school who vanished without a trace.

Blake runs into the mother of the girl, who mentions a case she's come across in Georgia, where someone is convinced their relative is still alive, fifteen years on.

Adeline Connor was the Blood Mountain Killer's last suspected victim. She vanished without a trace.

So why is her brother so convinced she's still alive?

A driving thriller about loyalty and lies in small town America.—Eva Dolan

Mason Cross was born in Glasgow in 1979. He studied English at the University of Stirling and currently works in the voluntary sector. He has written a number of short stories, including 'A Living', which was shortlisted for the Quick Reads 'Get Britain Reading' Award. He lives in Glasgow with his wife and three children.