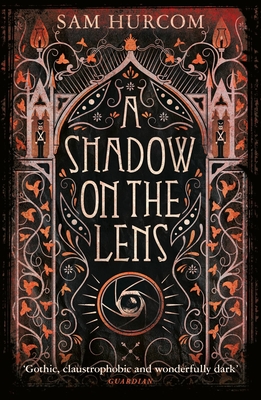 A Shadow on the Lens

The stifling, atmospheric, gothic crime novel with a unique protagonist and killer twist, perfect for fans of The Woman in Black, The Silent Companions, and Little Strangers

1904. Thomas Bexley, one of the first forensic photographers, is called to the sleepy Welsh village of Dinas Powys. A yound girl named Betsan Tilny has been found murdered in the woodland.

One night, he develops the crime scene photographs in the cellar of his lodgings. There, he finds a face dimly visible in the photographs - the shadowed spectre of Betsan Tilny.

In the days that follow, Thomas senses a growing presence watching him as he tries to uncover what the villagers of Dinas Powys are so intent on keeping secret...

'Top notch historical crime fiction, with a dash of the supernatural. A gorgeous book and a riveting tale' - DAVID YOUNG

'An intriguing debut' - THE TIMES


Praise For A Shadow on the Lens…

A sparkling debut from a name to watch. Hurcom expertly weaves a tale of claustrophobic suspicion set in a Welsh village a few miles from Cardiff - but so inward-looking and insular you might as well be in another world. This is top notch historical crime fiction, with a dash of the supernatural. A gorgeous book and a riveting tale.—David Young

Wonderfully dark and creepy...I find it hard to believe this is Hurcom's first novel. It's creepy, disturbing, eerie, dark, spine-chilling and macabre in every way that a Gothic thriller should be. It will make you uneasy - but you won't want to put it down. There is a clever and quite brilliant final twist—Crime Review

Sam Hurcom was born in Dinas Powys, South Wales in 1991. He studied Philosophy at Cardiff University, attaining both an undergraduate and master's degree. He has since had several short stories published, and has written and illustrated a number of children's books. Sam currently lives in the village he was raised in, close to the woodlands that have always inspired his writing.
A SHADOW ON THE LENS is Sam's debut novel.