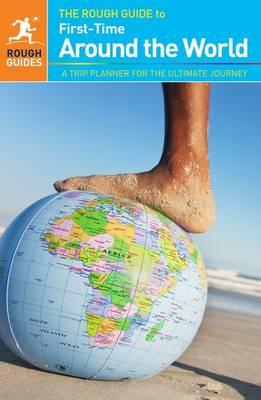 The Rough Guide to First-Time Around The World (Rough Guides)

Doug Lansky, a writer and a traveler, has chronicled his travels around the world in his hilarious and vividly descriptive column, The Vagabond. His travels have included cruising up the Amazon on a cargo ship; living and blowgun hunting with Jaguar Indians in Peru; buying a horse and riding it to Colombia; hitchhiking through Syria and Jordan, where he befriended sergeants in the Iraqi military; riding a camel across the desert in India; and sailing down the Nile. Lansky's articles have appeared in Spy and Might magazines as well as in numerous major US daily newspapers. He is also the coauthor of How to Survive High School with Minimal Brain Damage, published when he was just sixteen years old.
or
Not Currently Available for Direct Purchase