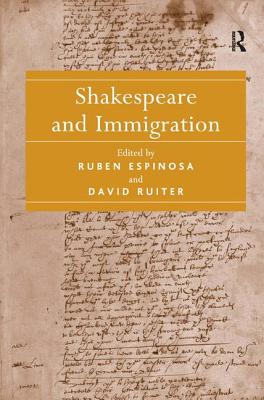 Shakespeare and Immigration critically examines the vital role of immigrants and aliens in Shakespeare's drama and culture. On the one hand, the essays in this collection interrogate how the massive influx of immigrants during the reign of Queen Elizabeth I influenced perceptions of English identity and gave rise to anxieties about homeland security in early modern England. On the other, they shed light on how our current concerns surrounding immigration shape our perception of the role of the alien in Shakespeare's work and expand the texts in new and relevant directions for a contemporary audience. The essays consider the immigrant experience; strangers and strangeness; values of hospitality in relationship to the foreigner; the idea of a host society; religious refuge and refugees; legal views of inclusion and exclusion; structures of xenophobia; and early modern homeland security. In doing so, this volume offers a variety of perspectives on the immigrant experience in Shakespearean drama and how the influential nature of the foreigner affects perceptions of community and identity; and, collection questions what is at stake in staging the anxieties and opportunities associated with foreigners. Ultimately, Shakespeare and Immigration offers the first sustained study of the significance of the immigrant and alien experience to our understanding of Shakespeare's work. By presenting a compilation of views that address Shakespeare's attention to the role of the foreigner, the volume constitutes a timely and relevant addition to studies of race, ethics, and identity in Shakespeare.