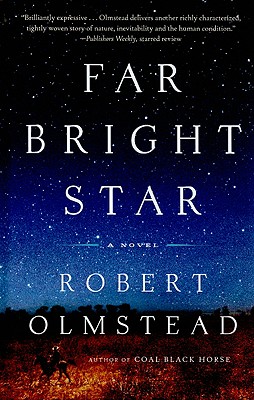 Set in 1916, "Far Bright Star" follows Napoleon Childs, an aging cavalryman, as he leads an expedition of inexperienced soldiers into the mountains of Mexico to hunt down Pancho Villa and bring him to justice. Though he is seasoned at such missions, things go terribly wrong and the patrol is brutally attacked. After witnessing the demise of his troops, Napoleon is left by his captors to die in the desert.
Through him we enter the conflicted mind of a warrior as he tries to survive against all odds, as he seeks to make sense of a lifetime of senseless wars and to reckon with the reasons a man would choose a life on the battlefield. Olmstead, an award-winning writer, uses his precise, descriptive prose to explore the endurance and fate of the last horse soldiers. The result is a tightly wound novel that is as moving as it is terrifying.