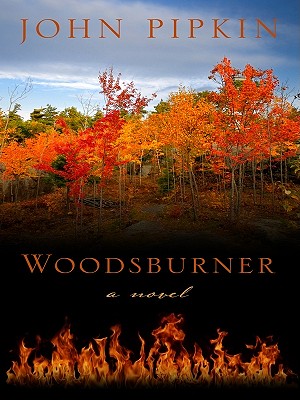 “John Pipkin's Woodsburner is an audacious, wondrous surprise -- audacious for putting someone like Henry David Thoreau and a true event from his life (a great fire) in a novel. It is a luminous story, in which Thoreau, a handful of insightfully drawn characters, and an America they all embody are cast in vivid relief. More than 150 years later, Woodsburner feels like a story from yesterday.”
— Rick Simonson, The Elliott Bay Book Company, Seattle, WA
View the List

"Woodsburner "springs from a little-known event in the life of one of America's most iconic figures, Henry David Thoreau. On April 30, 1844, a year before he built his cabin on Walden Pond, Thoreau accidentally started a forest fire that destroyed three hundred acres of the Concord woods--an event that altered the landscape of American thought in a single day.
Against the background of Thoreau's fire, Pipkin's ambitious debut penetrates the mind of the young philosopher while also painting a panorama of the young nation at a formative moment. Pipkin's Thoreau is a lost soul, plagued by indecision, resigned to a career designing pencils for his father's factory while dreaming of better things. On the day of the fire, his path will intersect with three very different local citizens, each of whom also harbors a secret dream. Oddmund Hus, a lovable Norwegian farmhand, pines for the wife of his brutal employer. Elliott Calvert, a prosperous bookseller, is also a hilariously inept aspiring playwright. And Caleb Dowdy preaches fire and brimstone to his congregation through an opium haze. Each of their lives, like Thoreau's, is changed forever by the fire.
Like Geraldine Brooks's "March" and Colm Toibin's "The Master," "Woodsburner" illuminates America's literary and cultural past with insight, wit, and deep affection for its unforgettable characters, as it brings to vivid life the complex man whose writings have inspired generations