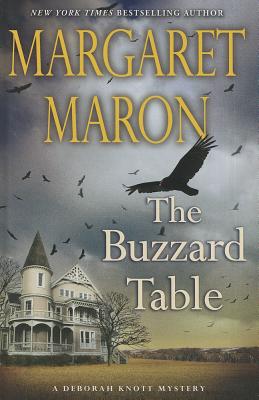 Judge Deborah Knott and Sheriff's Deputy Dwight Bryant are back home in Colleton County with all their family and courthouse regulars. But there are a few new faces as well. Lt. Sigrid Herald and her mother, Anne, a well-known photographer, are down from New York to visit Anne's ailing mother, Mrs. Lattimore. When the group gathers for dinner at Mrs. Lattimore's Victorian home, they meet the enigmatic Martin Crawford, an ornithologist who claims to be researching a new book on Southern vultures. More importantly, he's Mrs. Lattimore's long-lost nephew, and Sigrid and Anne's English cousin. With her health in decline, Mrs. Lattimore wants to make amends with her family--something Deborah can understand as she too is working to strengthen her relationship with her stepson, Cal. But for all his mysterious charm, Anne can't shake the feeling that there is something familiar about Martin...something he doesn't want Anne or anyone else to discover. When a murderer strikes, Deborah, Dwight, and Sigrid will once again work together to solve the crime and uncover long-buried Lattimore family secrets.

Margaret Maron grew up on a farm near Raleigh and lived in Brooklyn for many years. Returning to her North Carolina roots prompted Marcia to write a series based on her own background, the first of which, Bootlegger's Daughter, was a Washington Post bestseller and swept the major mystery awards for 1993. THE BUZZARD TABLE is the eighteenth book in the acclaimed Deborah Knott series. Visit her website at www.margaretmaron.com.
or
Not Currently Available for Direct Purchase
Copyright © 2020 American Booksellers Association