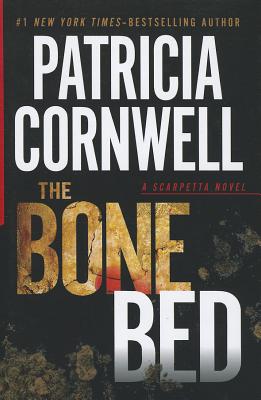 In Alberta, Canada, an eminent paleontologist disappears from a dinosaur dig site, and at the Cambridge Forensic Center, Kay Scarpetta receives a grisly communication that gives her a dreadful reason to suspect this may become her next case. Then, with shocking speed, events begin to unfold.
A body recovered from Boston Harbor reveals bizarre trace evidence hinting of a link to other unsolved cases that seem to have nothing in common. Who is behind all this? And whom can Scarpetta trust? Her lead investigator, Pete Marino, and FBI agent husband, Benton Wesley, are both unhappy with her because of personnel changes at the CFC, and her niece Lucy has become even more secretive than usual. Scarpetta fears she just may be on her own this time--against an enormously powerful and cunning enemy who seems impossible to defeat.

PATRICIA CORNWELL's most recent bestsellers include Red Mist, Port Mortuary, and Portrait of a Killer: Jack the Ripper--Case Closed. Her earlier works include Postmortem--the only novel to win five major crime awards in a single year--and Cruel and Unusual, which won Britain's prestigious Gold Dagger Award for the best crime

novel of 1993. Dr. Kay Scarpetta herself won the 1999 Sherlock Award for the best detective created by an American author.
Loading...
or
Not Currently Available for Direct Purchase