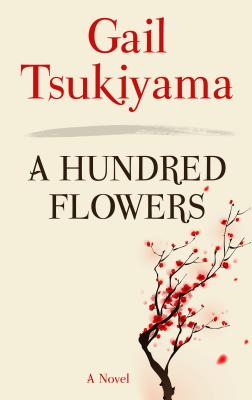 “The words of Chairman Mao, 'Let a hundred flowers bloom; let a hundred schools of thought contend' prove to be a trap for Sheng, a high school teacher who dares to speak out against the Communist Party. He is imprisoned, leaving his wife and young son to make their home with his father, a retired university professor. Sharing their story through alternating voices, Tsukiyama is a masterful craftsman and storyteller, and the reader is quickly caught up in the turmoil of the early days of the Cultural Revolution in China.”
— Elizabeth Merritt, Titcomb's Bookshop, East Sandwich, MA
View the List

A powerful new novel about an ordinary family facing extraordinary times at the start of the Chinese Cultural Revolution in 1957.

Gail Tsukiyama is the bestselling author of six previous novels, including "The Street of a Thousand Blossoms, Women of the Silk "and "The Samurai's Garden, "as well as the recipient of the Academy of American Poets Award and the PEN Oakland/Josephine Miles Literary Award. She lives in El Cerrito, California.
Loading...
or
Not Currently Available for Direct Purchase