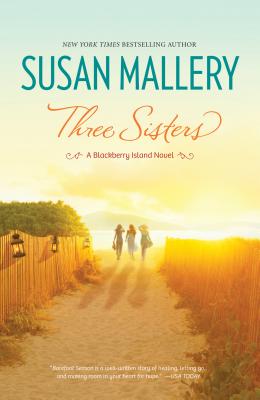 New York Times bestselling author Susan Mallery's prose has been called "gritty and magical" and "luscious and provocative" (Publishers Weekly). Now she returns to Blackberry Island with the story of three women whose friendship will change their lives forever.

After Andi Gordon is jilted at the altar, she makes the most impetuous decision of her life - buying one of the famed Three Sisters Queen Anne houses on Blackberry Island. Now the proud-ish owner of the ugly duckling of the trio, she plans to open her own pediatric office on the first floor, just as soon as her hunky contractor completes the work. Andi's new future may be coming together, but the truth is she's just as badly in need of a major renovation as her house.

When Deanna Phillips confronts her husband about a suspected affair, she opens up a Pandora's Box of unhappiness. And he claims that she is the problem. The terrible thing is, he's right. In her quest to be the perfect woman, she's lost herself, and she's in danger of losing her entire family if things don't change.

Next door, artist Boston King thought she and her college sweetheart would be married forever. Their passion for one other has always seemed indestructible. But after tragedy tears them apart, she's not so sure. Now it's time for them to move forward, with or without one another.

Thrown together by fate and geography, and bound by the strongest of friendships, these three women will discover what they're really made of: laughter, tears, love and all.