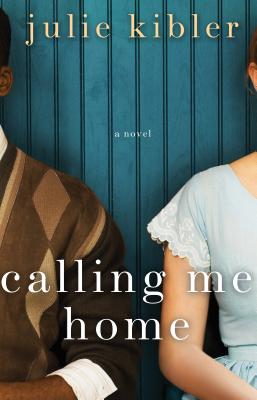 “Two women, one old and white, one young and black, make a cross-country journey that will create a bond between them stronger than age or race or family. Told from each woman's perspective, this is a look at race relations in this country in 1930s Kentucky. Isabelle, at the age of 17, falls in love with Robert, a year older, and a black man, whose mother and sister work for Isabelle's family. Their forbidden love will devastate their families, their own lives, and the lives of future generations. Dorrie, present-day Isabelle's hairdresser and friend, will learn about Isabelle's past while gaining help and insight into her own family problems. You will laugh and cry as you read this incredible story.”
— Karen Briggs, Great Northern Books and Hobbies, Oscoda, MI
View the List

"Calling Me Home "by Julie Kibler is a soaring debut interweaving the story of a heartbreaking, forbidden love in 1930s Kentucky with an unlikely modern-day friendship

Eighty-nine-year-old Isabelle McAllister has a favor to ask her hairdresser Dorrie Curtis. It's a big one. Isabelle wants Dorrie, a black single mom in her thirties, to drop everything to drive her from her home in Arlington, Texas, to a funeral in Cincinnati. With no clear explanation why. Tomorrow.
Dorrie, fleeing problems of her own and curious whether she can unlock the secrets of Isabelle's guarded past, scarcely hesitates before agreeing, not knowing it will be a journey that changes both their lives.
Over the years, Dorrie and Isabelle have developed more than just a business relationship. They are friends. But Dorrie, fretting over the new man in her life and her teenage son's irresponsible choices, still wonders why Isabelle chose her.
Isabelle confesses that, as a willful teen in 1930s Kentucky, she fell deeply in love with Robert Prewitt, a would-be doctor and the black son of her family's housekeeper--in a town where blacks weren't allowed after dark. The tale of their forbidden relationship and its tragic consequences makes it clear Dorrie and Isabelle are headed for a gathering of the utmost importance and that the history of Isabelle's first and greatest love just might help Dorrie find her own way.

JULIE KIBLER began writing "Calling Me Home" after learning a bit of family lore: as a young woman, her grandmother fell in love with a young black man in an era and locale that made the relationship impossible. When not writing, she enjoys travel, independent films, music, photography, and corralling her teenagers and rescue dogs. She lives in Arlington, Texas. Calling Me Home is her debut.
Loading...
or
Not Currently Available for Direct Purchase