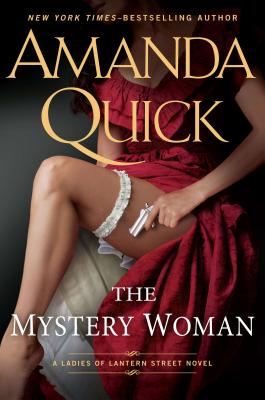 Beatrice Lockwood, one of the intrepid ladies of Lantern Street, is in the middle of a case when her past comes back to haunt her. Joshua North, a former spy for the Crown, has come out of a self-imposed retirement after a disastrous case that left him scarred and forced to use a cane. He is hunting the villain who is blackmailing his sister.
The trail leads him to Beatrice who is his chief suspect. But when he realizes that she is not the blackmailer they set out to find the real extortionist. Passion flares between them as they dodge a professional assassin. Meanwhile a mysterious scientist intent on resurrecting his dead lover using an ancient Egyptian formula for preserving the bodies of the dead is also hunting Beatrice. He is keeping his dead love perfectly preserved in a special, crystal-topped sarcophagus filled with the special fluid. But he needs Beatrice's paranormal talent to activate the reviving properties of the preservative in the coffin. Time is running out for everyone involved.
The two cases collide at a mysterious country-house filled with artifacts from ancient Egyptian tombs. The drama concludes in the mad scientist's laboratory where Joshua discovers that the past he thought was dead is still very much alive -- sort of.

Amanda Quick is a pseudonym for Jayne Ann Krentz, the author, under various pen names, of more than fifty New York Times bestsellers; there are more than 35 million copies of her books in print. She lives in Seattle.
Loading...
or
Not Currently Available for Direct Purchase