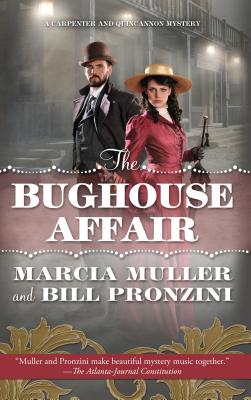 In this first of a lighthearted historical mystery series set in 1890s San Francisco, a former Pinkerton operative and an ex-Secret Service agent connect in surprising fashion, but not before two murders and assorted other felonies complicate matters even further. And not before the two sleuths are exasperated by the bughouse Sherlock Holmes.

Marcia Muller is the "New York Times "bestselling creator of private investigator Sharon McCone. The author of more than thirty-five novels, Muller received the MWA's Grand Master Award in 2005.Bill Pronzini, creator of the Nameless Detective, is a highly praised novelist, short story writer and anthologist. He received the Grand Master Award from the MWA in 2008, making Muller and Pronzini the only living couple to share the award.
or
Not Currently Available for Direct Purchase