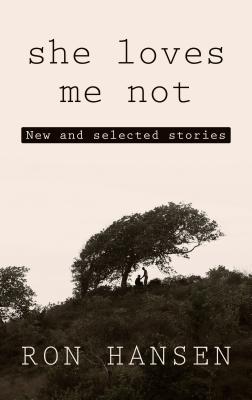 She Loves Me Not

"From an author Praised by literary giants and critics alike, a stunning compendium of selected stories over three decades in the making."

Ron Hansen has long been celebrated as a master of both the novel and the short form. His stories have been called "beautifully crafted" ("The New York Times"), "unforgettable" ("San Francisco Chronicle"), and "diverse and expansive" ("The Washington Post"). His 1989 collection, "Nebraska, "was widely praised, and he has published stories in literary magazines nationwide--"The Atlantic, Esquire, Harper's, Tin House, The Paris Review, "and many others.

In this new volume, comprising twelve new stories and seven pieces selected from "Nebraska, "the subjects of Hansen's scrutiny range from Oscar Wilde to murder to dementia to romance, and display Hansen at his storytelling best: the craftsman described as "part Hemingway and part Garcia Marquez . . . an all-American magic realist in other words, a fabulist in the native grain." Readers will thrill to Hansen's masterful attention to the smallest and most telling details, even as he plunges straight into the deepest recesses of desire, love, fury, and loss. Magisterial in its scope and surprising in its variety, "She Loves Me Not "shows an author at the height of his powers and confirms Hansen's place as a major American writer.