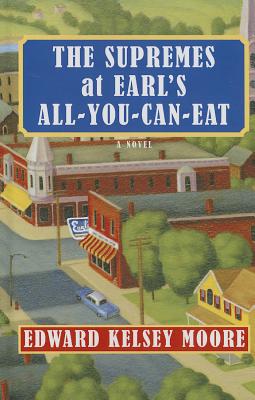 The Supremes at Earl's All-You-Can-Eat

Told with wit, style, and compassion, this is the story of friendship among three women weathering the ups and downs of life in a small Midwestern town. Sitting at the same table for almost 40 years, Odette, Clarice, and Barbara Jean will be friends forever.

Edward Kelsey Moore lives in Chicago, where he has enjoyed a long career as a cellist. His short fiction has appeared in several literary magazines, including "Indiana Review, African American Review, "and "Inkwell." His short story "Grandma and the Elusive Fifth Crucifix" was selected as an audience favorite on National Public Radio's "Stories on Stage "series.
Loading...
or
Not Currently Available for Direct Purchase