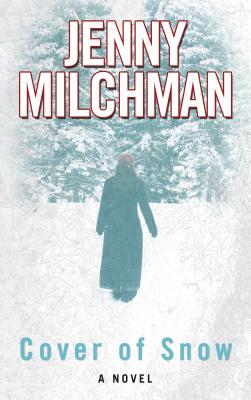 “Small towns have secrets. That's no surprise to anyone who has ever lived in one, but the depth of those secrets is what Nora Hamilton must explore in Milchman's debut. Nora's husband, Brendan, is a police officer in their small town of Wedeskyull, New York. One snowy January morning, Nora wakes up to an awful silence, and finds her husband has hanged himself. She is beyond stunned, and as she tries to make sense of what has happened, Nora discovers that things in Wedeskyull are not as peaceful as she has always believed and that the secrets the town hides go back farther than she could have ever imagined. I love finding debut authors, and Jenny Milchman is one to take note of!”
— Fran Fuller, Seattle Mystery Bookshop, Seattle, WA
View the List

Milchman's "Cover of Snow" is a remarkable debut, a gripping tale of suspensein the tradition of Gillian Flynn, Chris Bohjalian, and Nancy Pickard. Wakingup one wintry morning in her old farmhouse, Nora instantly knows her world isirretrievably shattered: Her husband has committed suicide.

Jenny Milchman lives in New Jersey with her family." Cover of Snow" is her first novel.
Loading...
or
Not Currently Available for Direct Purchase