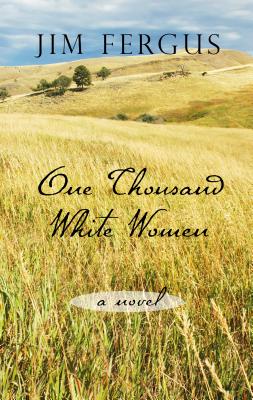 The Journals of May Dodd

May Dodd, born to wealth in Chicago in 1850, left home in her teens and through a family disgrace is imprisoned in a monstrous lunatic asylum.

In 1875 Little Wolf, chief of the Cheyenne nation, comes to Washington to seal a treaty with President Ulysses S. Grant and suggests that peace between Whites and Cheyenne could be established if the Cheyenne were given white women as wives, and that the tribe would agree to raise the children from such unions. Grant secretly recruits 1,000 women from jails, penitentiaries, debtors' prisons, and mental institutions offering full pardons or unconditional release.

May, who jumps at the chance, embarks upon the adventure of her lifetime, along with a colourful assembly of pioneer women. She keeps the fictional journal we read, marries Little Wolf, lives in a crowded tipi with his two other wives and their children and lives the life of a Cheyenne squaw.

'Jim Fergus so skillfully envelops us in the heart and mind of his main character, May Dodd, that we weep when she mourns, we shake our fist at anyone who tries to sway her course, and our hearts pound when she is in danger'--"Colorado Springs Gazett"e