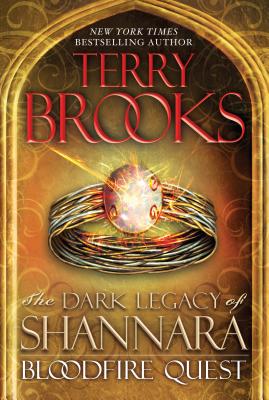 Terry Brooks is the "New York Times" bestselling author of more than thirty books, including the Dark Legacy of Shannara adventure" Wards of Faerie;" the Legends of Shannara novels "Bearers of the Black Staff" and "The Measure of the Magic; "the Genesis of Shannara trilogy: "Armageddon's Children, The Elves of Cintra, "and" The Gypsy Morph; The Sword of Shannara;" the Voyage of the""Jerle Shannara trilogy: "Ilse Witch, Antrax, "and" Morgawr;" the High Druid of Shannara trilogy: "Jarka Ruus, Tanequil, "and" Straken; "the nonfiction book "Sometimes the Magic Works: Lessons from a Writing Life; "and the novel based upon the screenplay and story by George Lucas, "Star Wars: (R) "Episode I "The Phantom Menace."(TM) His novels "Running with the Demon "and" A Knight of the Word" were selected by the "Rocky Mountain News" as two of the best science fiction/fantasy novels of the twentieth century. The author was a practicing attorney for many years but now writes full-time. He lives with his wife, Judine, in the Pacific Northwest.
Loading...
or
Not Currently Available for Direct Purchase