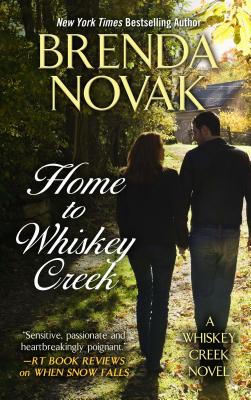 RT READER'S CHOICE WINNER
Sometimes home is the refuge you need--and sometimes it isn't
Adelaide Davies, who's been living in Sacramento, returns to Whiskey Creek, the place she once called home. She's there to take care of her aging grandmother and to help with Gran's restaurant, Just Like Mom's. But Adelaide isn't happy to be back. There are too many people here she'd rather avoid, people who were involved in that terrible June night fifteen years ago.
Ever since the graduation party that changed her life, she's wanted to go to the police and make sure the boys responsible--men now--are punished. But she can't, not without revealing an even darker secret. So it's better to pretend....
Noah Rackham, popular, attractive, successful, is shocked when Adelaide won't have anything to do with him. He has no idea that his very presence reminds her of something she'd rather forget. He only knows that he's finally met a woman he could love.
www.brendanovak.com.

New York Times and USA Today Bestselling Author Brenda Novak has penned over 40 novels. A two-time Rita nominee, she's won The National Reader's Choice, The Bookseller's Best, The Bookbuyer's Best and many other awards. She runs an annual on-line auction for diabetes research every May at www.brendanovak.com. To date, she's raised over $1 million. Brenda considers herself lucky to be a mother of five and married to the love of her life.
Loading...
or support indie stores by buying on
(This book is on backorder)