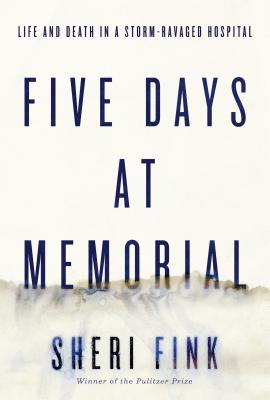 SHERI FINK'S reporting has won the Pulitzer Prize, the National Magazine Award, and the Overseas Press Club Lowell Thomas Award, among other journalism prizes. Most recently, her coverage of Hurricanes Sandy and Isaac received the Mike Berger Award from Columbia University and the Beat Reporting Award from the Association of Healthcare Journalists. Fink, a former relief worker in disaster and conflict zones, received her MD and PhD from Stanford University. Her first book, " War Hospital," is about medical professionals under siege during the genocide in Srebrenica, Bosnia-Herzegovina.
Loading...
or
Not Currently Available for Direct Purchase