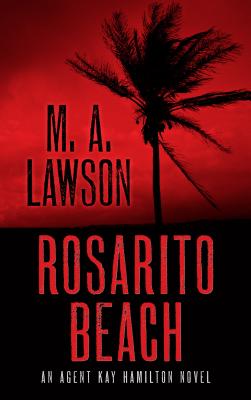 "I love tough guys, even when they're gals, and Glock-toting, fast-thinking, wise-cracking DEA agent Kay Hamilton is one of the toughest going. She looks to be a source of major amusement as M. A. Lawson spins out this new series over the next decade or so."--Stephen Hunter, author of the best-selling "The Third Bullet," "I, Sniper "and others.
Bold, brash, and beautiful, Kay Hamilton is not your average DEA agent--she's as infuriating as she is irresistible. Having recently been transferred to San Diego after a case in Miami brought her more notoriety than medals, Kay once again finds herself embroiled in an international bust. Tito Olivera, younger brother of drug czar Caesar Olivera, is within her grasp. If she takes down Tito, Kay is positive that Caesar will follow--and when Caesar falls, so does the largest and most vicious cartel in Mexico. But when a mysterious stranger shows up on her doorstep, all of Kay's carefully laid plans are thrown out the window. The Olivera case suddenly becomes far more personal--not to mention dangerous--and Kay must be willing to sacrifice everything to get her man.
"Rosarito"" Beach" is an explosive, action-packed thriller that will have readers on the edge of their seats until the final moments of the epic conclusion.

M. A. Lawson is a pen name for award winning novelist Mike Lawson, a former senior civilian executive for the U.S. Navy, and creator of the eight novels in the Joe DeMarco series.
or
Not Currently Available for Direct Purchase
Copyright © 2020 American Booksellers Association