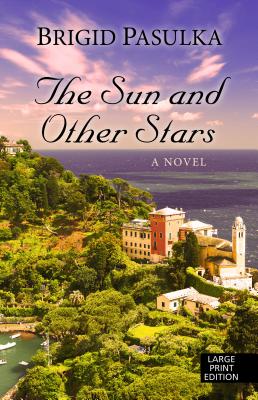 Brigid Pasulka's PEN/Hemingway award-winning debut novel was compared to the works of Jonathan Safran Foer by the New York Times and hailed by Elle as "storytelling that gets under your skin and forces you to press copies into your best friends' hands." Now The Sun and Other Stars, Pasulka's extraordinary second novel, is all that and more: a profound, compelling, and big-hearted masterpiece that showcases an exquisite writer at the joyful height of her talents.
In the seaside village of San Benedetto, a resort town on the Italian Riviera, twenty-twoyear- old Etto finds himself adrift. Within the past year, Etto has not only lost both his twin brother and his mother, but in his grief has become estranged from his father, the local butcher. While his father passes the time with the men of the town in the fine tradition of Italian men everywhere--a reverential obsession with soccer--Etto retreats ever further from his day-to-day life, seeking solace in the hills above the town.
But then a Ukrainian soccer star, the great Yuri Fil, sweeps into San Benedetto, taking refuge himself from an international scandal. Soon Yuri and his captivating tomboy sister Zhuki invite Etto into their world of sport, celebrity, loyalty, and humor. Under their influence, Etto begins to reconstruct his relationship with his father and, slowly, open himself back up to the world. Who knows: perhaps the game of soccer isn't just a waste of time, and perhaps San Benedetto, his father, love, and life itself might have more to offer him than he ever believed possible.
The Sun and Other Stars is a gorgeous, celebratory tale about families, compromise, and community, and about how losses can be transformed into hope. Irresistible and unforgettable, it is a shimmering miracle of a book.