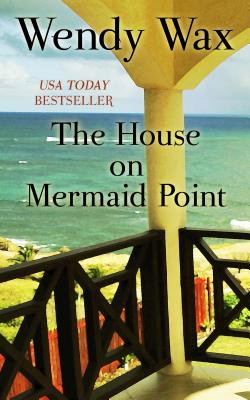 The House on Mermaid Point

In this new novel from the author of "Ten Beach Road" and "Ocean Beach," three unlikely friends who were thrown together by disaster get a do-over on life, love, and happiness . . .
Maddie, Avery, and Nikki first got to know one another--perhaps all too well--while desperately restoring a beachfront mansion to its former grandeur. Now they're putting that experience to professional use. But their latest project has presented some challenges they couldn't have dreamed up in their wildest fantasies--although the house does belong to a man who actually was Maddie's wildest fantasy once . . .
Rock-and-roll legend "William the Wild" Hightower may be past his prime, estranged from his family, and creatively blocked, but he's still worshiped by fans--which is why he guards his privacy on his own island in the Florida Keys. He's not thrilled about letting this crew turn his piece of paradise into a bed-and-breakfast for a reality show . . . though he is intrigued by Maddie. Hard as that is for her to believe as a newly single woman who can barely manage a dog paddle in the dating pool.
But whether it's an unexpected flirtation with a bona fide rock star, a strained mother-daughter relationship, or a sudden tragedy, these women are in it together. The only thing that might drive them apart is being trapped on a houseboat with one bathroom . . .

Wendy Wax, a former broadcaster, is the author of nine novels including" Ocean Beach" and "Ten Beach Road." The mother of two college-age sons, she lives in the Atlanta suburbs with her husband, and is doing her best to adjust to the quiet of her recently emptied nest.
Loading...
or
Not Currently Available for Direct Purchase