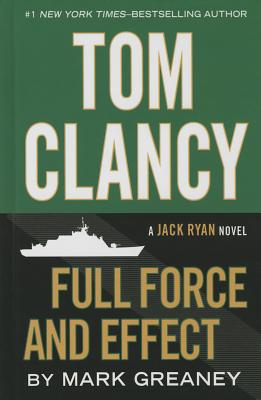 Tom Clancy was the author of eighteen #1 "New York Times"-bestselling novels. His first effort, "The Hunt for Red October," sold briskly as a result of rave reviews, then catapulted onto the bestseller list after President Ronald Reagan pronounced it "the perfect yarn." Clancy was the undisputed master at blending exceptional realism and authenticity, intricate plotting, and razor-sharp suspense. He died in October 2013.

Mark Greaney has a degree in international relations and political science. With Tom Clancy he is the coauthor of "Locked On, Threat Vector, Command Authority, "and "Support and Defend. "He has written four books in his own Gray Man series: "The Gray Man, On Target, Ballistic, "and "Dead Eye. "In his research for these novels, he traveled to more than fifteen countries and trained alongside military and law enforcement in the use of firearms, battlefield medicine and close-range combat tactics.
Loading...
or
Not Currently Available for Direct Purchase