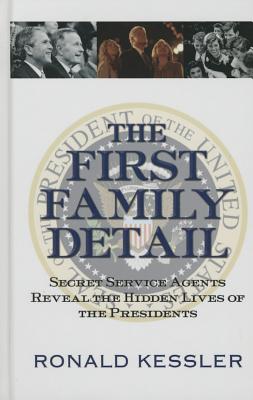 Ronald Kessler continues to penetrate the wall of secrecy that surrounds the U.S. Secret Service, breaking the story that Secret Service agents who were to protect President Obama hired prostitutes in Cartagena, Colombia and revealing that the Secret Service allowed a third uninvited guest to crash a White House state dinner.

Ronald Kessler is the "New York Times" bestselling author of "The Secrets of the FBI," "In the President's Secret Service," and "The CIA at War." A former "Wall Street Journal" and "Washington Post" investigative reporter, Kessler has won eighteen journalism awards, including two George Polk awards, one for national reporting and one for community service. He was named a Washingtonian of the Year by Washingtonian magazine. Kessler lives in Potomac, Maryland with his wife, Pamela Kessler.
or
Not Currently Available for Direct Purchase
Copyright © 2020 American Booksellers Association