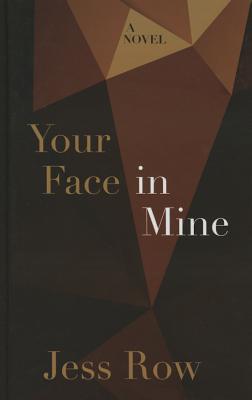 Your Face in Mine

Jess Row is a graduate of Yale University, and received an MFA from the University of Michigan. He is the author of the story collections "The Train to Lo Wu," which was shortlisted for the 2006 PEN/Hemingway Award and was a finalist for the Kiriyama Prize, and "Nobody Ever Gets Lost." His writing has appeared in" The Atlantic, Tin House, Boston Review, Granta, The New Republic, ""The New York Times Book Review, " and elsewhere. His stories have been anthologized three times in "The Best American Short Stories, "and have won two Pushcart Prizes and a PEN/O.Henry Award. In 2007 he was named a "Best Young American Novelist" by "Granta." Row is an associate professor of English and Buddhist chaplain at The College of New Jersey, and lives in New York with his wife and two children.
Loading...
or
Not Currently Available for Direct Purchase