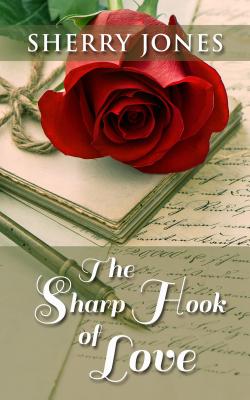 The Sharp Hook of Love

The first retelling of the passionate, twelfth-century love story since the discovery of 113 lost love letters between Heloise d'Argenteuil and Pierre Abelard--the original Romeo and Juliet.
""While I sleep you never leave me, and after I wake I see you, as soon as I open my eyes, even before the light of day itself." --Abelard to Heloise"
Among the young women of twelfth-century Paris, Heloise d'Argenteuil stands apart. Extraordinarily educated and quick-witted, she is being groomed by her uncle to become an abbess in the service of God.
But with one encounter, her destiny changes forever. Pierre Abelard, headmaster at the Notre-Dame Cloister School, is acclaimed as one of the greatest philosophers in France. His controversial reputation only adds to his allure, yet despite the legions of women swooning over his poetry and dashing looks, he is captivated by the brilliant Heloise alone. As their relationship blossoms from a meeting of the minds to a forbidden love affair, both Heloise and Abelard must choose between love, duty, and ambition.
Sherry Jones weaves the lovers' own words into an evocative account of desire and sacrifice. As intimate as it is erotic, as devastating as it is beautiful, "The Sharp Hook of Love" is a poignant, tender tribute to one of history's greatest romances, and to love's power to transform and endure.