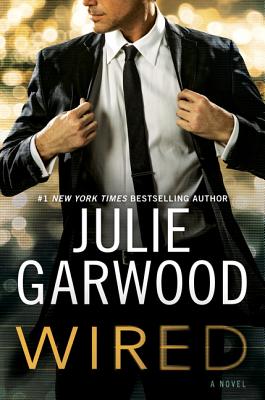 A beautiful computer genius and a bad-boy FBI agent must collaborate in more ways than one in the sexy, suspenseful new novel from #1 New York Times bestselling author Julie Garwood.
Allison Trent has always had a special talent for computers. When she's not cleaning up after her troublemaker younger brother, Jason, she spends her days writing code and navigating the intricacies of the Internet. In fact, she's working on a new program that will revolutionize the tech industry, and when she attends a prominent seminar, word begins to spread.
FBI agent Liam Scott discovers how brilliant Allison is and wants her to help hunt down a cyber criminal he's been after for two years. He invites her to tour the bureau's state-of-the-art cybercenter in Boston. Once she arrives, he thinks he can convince her to join the team.
But Allison doesn t want to work for the government until Liam makes an offer she can t refuse: work for the FBI for one year, and they will expunge Jason's illustrious criminal record.
Allison tries to deny her growing attraction to Liam, but just before her year in the FBI is over, she discovers someone has stolen the computer program she developed. Now she needs Liam's help in tracking down the thief. And as they begin to close in on the culprit, they also begin to give in to each other...

JULIE GARWOOD is among the most critically acclaimed and popular romance authors around, with nearly forty million copies of her books in print. She is the author of numerous bestsellers, including Fast Track, Hotshot, Sweet Talk, The Ideal Man, Sizzle, Fire and Ice, Shadow Music, Shadow Dance, and Slow Burn. She lives in Kansas City."
Loading...
or
Not Currently Available for Direct Purchase