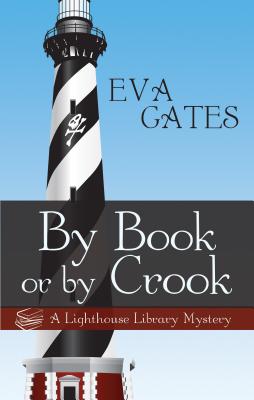 By Book or by Crook (Lighthouse Library Mystery)

Get bound up in murder in the first Lighthouse Library mystery
For ten years Lucy has enjoyed her job poring over rare tomes of literature for the Harvard Library, but she has not enjoyed the demands of her family's social whorl or her sort-of-engagement to the staid son of her father's law partner. But when her ten-year relationship implodes, Lucy realizes that the plot of her life is in need of a serious rewrite.
Calling on her aunt Ellen, Lucy hopes that a little fun in the Outer Banks sun--and some confections from her cousin Josie's bakery--will help clear her head. But her retreat quickly turns into an unexpected opportunity when Aunt Ellen gets her involved in the lighthouse library tucked away on Bodie Island.
Lucy is thrilled to land a librarian job in her favorite place in the world. But when a priceless first edition Jane Austen novel is stolen and the chair of the library board is murdered, Lucy suddenly finds herself ensnared in a real-life mystery--and she's not so sure there's going to be a happy ending....

Eva Gates began her writing career as a Sunday writer: a single mother of three high-spirited daughters, with a full-time job as a computer programmer. Now she has more than ten novels under her belt, all in the mystery genre, published under the name Vicki Delany. She lives in Ontario.
Loading...
or
Not Currently Available for Direct Purchase