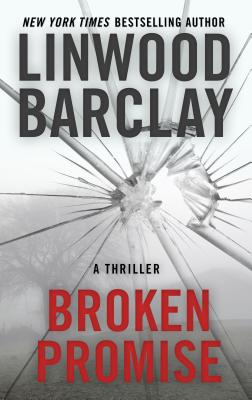 From the "New York Times" bestselling author of "No Safe House" comes the first novel in an explosive trilogy about the disturbing secrets of a quiet small town....
After his wife's death and the collapse of his newspaper, David Harwood has no choice but to uproot his nine-year-old son and move back into his childhood home in Promise Falls, New York. David believes his life is in free fall, and he can't find a way to stop his descent.
Then he comes across a family secret of epic proportions. A year after a devastating miscarriage, David's cousin Marla has continued to struggle. But when David's mother asks him to check on her, he's horrified to discover that she's been secretly raising a child who is not her own--a baby she claims was a gift from an "angel" left on her porch.
When the baby's real mother is found murdered, David can't help wanting to piece together what happened--even if it means proving his own cousin's guilt. But as he uncovers each piece of evidence, David realizes that Marla's mysterious child is just the tip of the iceberg.
Other strange things are happening. Animals are found ritually slaughtered. An ominous abandoned Ferris wheel seems to stand as a warning that something dark has infected Promise Falls. And someone has decided that the entire town must pay for the sins of its past...in blood.

Linwood Barclay is the "New York Times" and #1 international bestselling author of twelve critically acclaimed novels, including "No Safe House," "A Tap on the Window," "Trust Your Eyes," which has been optioned for film, and "No Time for Goodbye."
or
Not Currently Available for Direct Purchase
Copyright © 2020 American Booksellers Association