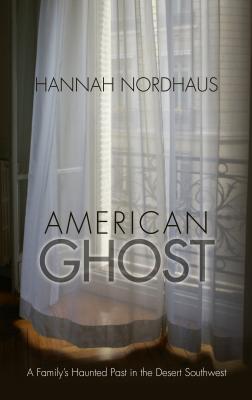 In this spellbinding exploration of myth, family history, and the American West, the award-winning journalist and author of The Beekeeper's Lament seeks to uncover the truth about her great-great-grandmother Julia--whose ghost is said to haunt an elegant hotel in Santa Fe.

The dark-eyed woman first appeared in the 1970s, standing near a fireplace in a long black gown. She was sad and translucent, present and absent at once. Strange things began to happen in the Santa Fe hotel where she was seen. Gas fireplaces turned off and on without anyone touching a switch. Vases of flowers appeared in new locations. Glasses flew from shelves. And in one second-floor suite with a canopy bed and arched windows looking out to the mountains, guests reported alarming events: blankets ripped off while they slept, the room temperature plummeting, disembodied breathing, dancing balls of light.

La Posada--"place of rest"--had been a grand Santa Fe home before it was converted to a hotel. The room with the canopy bed had belonged to Julia Schuster Staab, the wife of the home's original owner. She died in 1896, nearly a century before the hauntings were first reported. In American Ghost, Hannah Nordhaus traces the life, death, and unsettled afterlife of her great-great-grandmother Julia and her family, from Julia's childhood in Germany to her years in the American West with her Jewish merchant husband, to the spas and seance rooms of the late nineteenth century, to World War II and beyond.

In her search to find and understand her troubled ancestor, Nordhaus travels across America and Europe, and unearths family diaries, photographs, and newspaper clippings; meets with historians, genealogists, psychics, and ghost hunters; and learns along the way some unexpected lessons about living.

American Ghost is a touching journey of roots and memory, a story of pioneer women and immigrants, villains and visionaries, frontier fortitude and mental illness, imagination and lore. As she follows the strands of Julia's life, Nordhaus discovers a larger tale of how a true-life story becomes a ghost story--and how difficult it can be to separate history from myth.