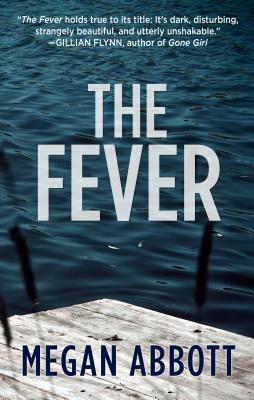 "THE FEVER holds true to its title: It's dark, disturbing, strangely beautiful and utterly unshakeable" -- Gillian Flynn.
In this impossible-to-put-down "panic attack of a novel,"* a small-town high school becomes the breeding ground for a mysterious illness.
Deenie Nash is a diligent student with a close-knit family; her brother Eli is a hockey star and her father is a popular teacher. But when Deenie's best friend is struck by a terrifying, unexplained seizure in class, the Nashes' seeming stability dissolves into chaos. As rumors of a hazardous outbreak spread through school, and hysteria and contagion swell, a series of tightly held secrets emerges, threatening to unravel friendships, families, and the town's fragile sense of security.
A chilling story about guilt, family secrets, and the lethal power of desire, THE FEVER is "a potboiler in the truest, best sense" and "a great novel, full stop."**
*Jodi Picoult
**"Slate"

Megan Abbott is the award-winning author of seven novels. She received her Ph.D. in English and American literature from New York University and her writing has appeared in the New York Times, The Wall Street Journal, Salon, Los Angeles Review of Books, New Statesman, Los Angeles Times Magazine, the "Guardian "and the Believer. She lives in New York City.
Loading...
or
Not Currently Available for Direct Purchase