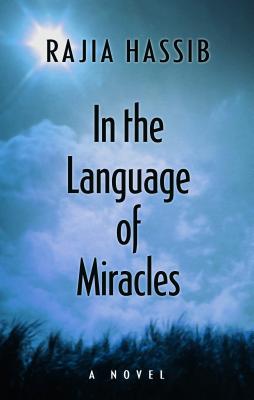 In the Language of Miracles

A"New York Times"Editors Choice
Assured and beautifully crafted. . . . Hassib is a natural, graceful writer with a keen eye for cultural difference. . . . She] handles the anatomy of grief with great delicacy. . . . "In the Language of Miracles" should find a large and eager readership. For the beauty of the writing alone, Hassib deserves it. Monica Ali, "The New York Times Book Review"
A] sensitive, finely wrought debut . . . sharply observant of immigrants intricate relationships to their adopted homelands, this exciting novel announces the arrival of a psychologically and socially astute new writer. "Kirkus Reviews"(starred review)
A mesmerizing debut novel of an Egyptian American family and the wrenching tragedy that tears their lives apart
Samir and Nagla Al-Menshawy appear to have attained the American dream. After immigrating to the United States from Egypt, Samir successfully works his way through a residency and launches his own medical practice as Nagla tends to their firstborn, Hosaam, in the cramped quarters of a small apartment. Soon the growing family moves into a big house in the manicured New Jersey suburb of Summerset, where their three children eventually attend school with Natalie Bradstreet, the daughter of their neighbors and best friends. More than a decade later, the family's seemingly stable life is suddenly upended when a devastating turn of events leaves Hosaam and Natalie dead and turns the Al-Menshawys into outcasts in their own town.
Narrated a year after Hosaam and Natalie's deaths, Rajia Hassib's heartfelt novel follows the Al-Menshawys during the five days leading up to the memorial service that the Bradstreets have organized to mark the one-year anniversary of their daughter's death. While Nagla strives to understand her role in the tragedy and Samir desperately seeks reconciliation with the community, Khaled, their surviving son, finds himself living in the shadow of his troubled brother. Struggling under the guilt and pressure of being the good son, Khaled turns to the city in hopes of finding happiness away from the painful memories home conjures. Yet he is repeatedly pulled back home to his grandmother, Ehsan, who arrives from Egypt armed with incense, prayers, and an unyielding determination to stop the unraveling of her daughter's family. In Ehsan, Khaled finds either a true hope of salvation or the embodiment of everything he must flee if he is ever to find himself.
Writing with unflinchingly honest prose, Rajia Hassib tells the story of one family pushed to the brink by tragedy and mental illness, trying to salvage the life they worked so hard to achieve. The graceful, elegiac voice of "In the Language of Miracles" paints tender portraits of a family's struggle to move on in the wake of heartbreak, to stay true to its traditions, and above all else, to find acceptance and reconciliation.

Rajia Hassib was born and raised in Egypt and moved to the United States when she was twenty-three. She holds an MA in creative writing from Marshall University and her short fiction has appeared in "Upstreet," "Steam Ticket," and "Border Crossing "magazines. She lives in West Virginia with her husband and two children.
Loading...
or
Not Currently Available for Direct Purchase