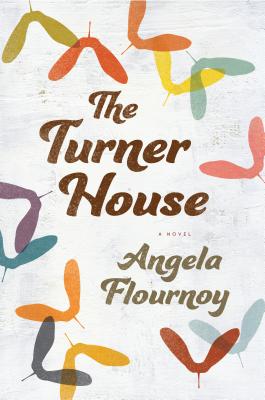 “The greatest testament to the skill of a writer is the ability to make what might seem alien to the reader completely recognizable and utterly engaging. Such was my experience reading The Turner House. Mine is a tiny white family from a small town with no sense of heritage, yet every moment I spent with the Turners -- a family of 13 children shaped by the Great Migration to Detroit -- I felt at home. Their struggles and joys are universal, yet told with an exacting eye that always finds the perfect detail. This is a truly impressive debut.”
— Kim Fox (M), Schuler Books & Music, Grand Rapids, MI
View the List

"Flournoy's knockout debut is one of those books that should, by rights, be described as the Great American Novel." -- NPR
A New York Times Notable Book

For over fifty years the Turners have lived on Yarrow Street. Their house has seen thirteen children get grown and gone--and some return; it has seen the arrival of grandchildren, the fall of Detroit's East Side, and the loss of a father. But when their powerful mother falls ill, the Turners are called home to decide their house's fate and to reckon with how their past haunts--and shapes--their future. The Turner House is a striking examination of the price we pay for our dreams, and the ways in which our families bring us home.

"In this assured and memorable novel, Flournoy] provides the feeling of knowing a family from the inside out, as we would wish to know our own." -- New York Times Book Review