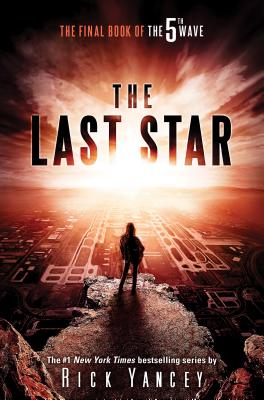 Following the major motion picture release starring Chloe Grace Moretz, the heart-stopping finale to the "New York Times"bestselling 5th Wave series
The enemy is Other. The enemy is us. They re down here, they re up there, they re nowhere. They want the Earth, they want us to have it. They came to wipe us out, they came to save us.
But beneath these riddles lies one truth: Cassie has been betrayed. So has Ringer. Zombie. Nugget. And all 7.5 billion people who used to live on our planet. Betrayed first by the Others, and now by ourselves.
In these last days, Earth's remaining survivors will need to decide what's more important: saving themselves... or saving what makes us human.

Rick Yancey is the author of the "New York Times "bestsellers"The 5th Wave" and "The Infinite Sea, " the first two books in this series. His debut young-adult novel, " The Extraordinary Adventures of Alfred Kropp, " was a finalist for the Carnegie Medal. In 2010, his novel "The Monstrumologist "received the Michael L. Printz Honor, and the sequel, "The Curse of the Wendigo, " was a finalist for the Los Angeles Times Book Prize. When he isn t writing or thinking about writing or traveling the country talking about writing, Rick is hanging out with his family."
or
Not Currently Available for Direct Purchase
Copyright © 2020 American Booksellers Association