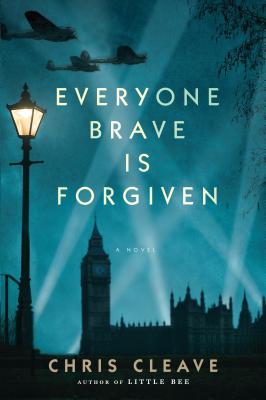 Everyone Brave Is Forgiven (Thorndike Core)

“Everyone Brave Is Forgiven, from best-selling author Cleave, is storytelling at its finest. Ranging from the decimated streets of London after the Nazi blitz in WWII to the barren island of Malta under siege, Cleave's mastery is to introduce readers to characters in the midst of chaos who bring humanity to the sordid landscape of war. A book that will leave you both laughing and crying on the same page, Everyone Brave Is Forgiven reminds readers about the power of the novel in telling the fascinating stories of everyday people living in extraordinary times.”
— Casey Protti (E), Bookshop Santa Cruz, Santa Cruz, CA
View the List

The breathtaking new novel set during the Blitz by the bestselling and critically acclaimed author of the reader and bookseller favourite, "Little Bee."
As World War Two begins, Mary--a newly qualified teacher in London, left behind to teach the few children not evacuated--meets Tom, a school official. They quickly fall in love, but this is not a simple love story. . . . Moving from Blitz-torn London to the Siege of Malta, this is an epic story of love, loss, prejudice and incredible courage.

CHRIS CLEAVE is a columnist for "The Guardian" in London. His first novel, "Incendiary," was published in 20 countries, won the 2006 Somerset Maugham Award and was shortlisted for the 2006 Commonwealth Writers' Prize. His second novel, "Little Bee," was a "New York Times" bestseller and was shortlisted for the Costa Award and the Commonwealth Writers' Prize. In Canada, it was a national bestseller, and a reader and book club favourite. His third novel, "Gold," was also a bestseller and received wide critical acclaim. Chris Cleave lives in London with his French wife and three mischievous Anglo-French children. The author lives in London, UK.
Loading...
or
Not Currently Available for Direct Purchase