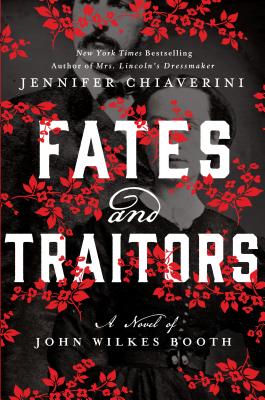 A Novel of John Wilkes Booth

"Fates and Traitors"is a novel about mothers and sons, brothers and sisters, the line between patriot and traitor, and the lengths we go to for love. A fascinating look at a slice of our country's history, an incisive portrait of obsession, and overall impossible to put down. --Sara Gruen, "New York Times"bestselling author of"At the Water's Edge"and"Water for Elephants"
The"New York Times"bestselling author of"Mrs. Lincoln's Dressmaker"returns with a riveting work of historical fiction following the notorious John Wilkes Booth and the four women who kept his perilous confidence.
John Wilkes Booth, the mercurial son of an acclaimed British stage actor and a Covent Garden flower girl, committed one of the most notorious acts in American history the assassination of President Abraham Lincoln.
The subject of more than a century of scholarship, speculation, and even obsession, Booth is often portrayed as a shadowy figure, a violent loner whose single murderous act made him the most hated man in America. Lost to history until now is the story of the four women whom he loved and who lovedhim in return: Mary Ann, the steadfast matriarch of the Booth family; Asia, his loyal sister and confidante; Lucy Lambert Hale, the senator's daughter who adored Booth yet tragically misunderstood the intensity of his wrath; and Mary Surratt, the Confederate widow entrusted with the secrets of his vengeful plot.
"Fates and Traitors"brings to life pivotal actors some willing, others unwitting who made an indelible mark on the history of our nation. Chiaverini portrays not just a soul in turmoil but a country at the precipice of immense change.