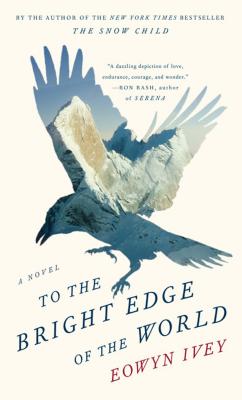 To the Bright Edge of the World (Hardcover)

From the bestselling author of "The Snow Child," a thrilling tale of historical adventure set in the Alaskan wilderness.
In the winter of 1885, Lieutenant Colonel Allen Forrester sets out with his men on an expedition into the newly acquired territory of Alaska. Their objective: to travel up the ferocious Wolverine River, mapping the interior and gathering information on the region's potentially dangerous native tribes. With a young and newly pregnant wife at home, Forrester is anxious to complete the journey with all possible speed and return to her. But once the crew passes beyond the edge of the known world, there's no telling what awaits them.
With gorgeous descriptions of the Alaskan wilds and a vivid cast of characters -- including Forrester, his wife Sophie, a mysterious Eyak guide, and a Native American woman who joins the expedition - TO THE BRIGHT EDGE OF THE WORLD is an epic tale of one of America's last frontiers, combining myth, history, romance, and adventure.

Eowyn LeMay Ivey was raised in Alaska and continues to live there with her husband and two daughters. She received her BA in journalism and minor in creative writing through the honors program at Western Washington University, studied creative nonfiction at the University of Alaska Anchorage graduate program, and worked for nearly 10 years as an award-winning reporter at the "Frontiersman" newspaper. She is the author of the "New York Times" bestseller "The Snow Child."
or
Not Currently Available for Direct Purchase
Copyright © 2020 American Booksellers Association