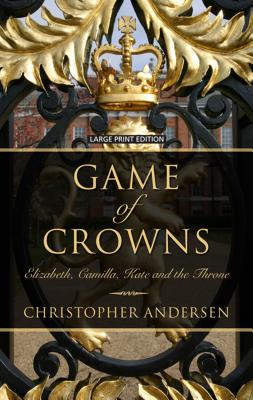 A moving and compulsively readable look into the lives, loves, relationships, and rivalries among the three women at the heart of the British royal family today: Queen Elizabeth II, Camilla Parker-Bowles, and Kate Middleton from the #1 New York Times bestselling author of The Good Son, These Few Precious Days, and The Day Diana Died.
One has been famous longer than anyone on the planet a dutiful daughter, a frustrated mother, a doting grandmother, a steel-willed taskmaster, a wily stateswoman, an enduring symbol of an institution that has lasted a thousand years, and a global icon who has not only been an eyewitness to history but a part of it.
One is the great-granddaughter of a King's mistress and one of the most famous other women of the modern age a woman who somehow survived a firestorm of scorn to ultimately marry the love of her life, and in the process replace her arch rival, one of the most beloved figures of the twentieth century.
One is a beautiful commoner, the university-educated daughter of a flight attendant-turned-millionaire entrepreneur, a fashion scion the equal of her adored mother-in-law, and the first woman since King George V's wife, Queen Mary, to lay claim to being the daughter-in-law of one future king, the wife another, and the mother of yet another.
Game of Crowns is an in-depth and exquisitely researched exploration of the lives of these three remarkable women and the striking and sometimes subtle ways in which their lives intersect and intertwine. Examining their surprising similarities and stark differences, Andersen travels beyond the royal palace walls to illustrate who these three women really are today and how they will directly reshape the landscape of the monarchy.