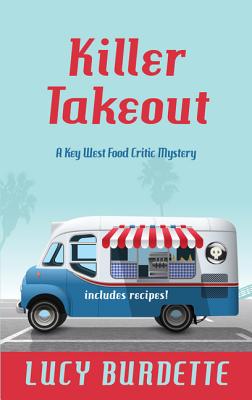 From the national bestselling author of "Death with All the Trimmings."
"It's Fantasy Fest at Key West, and food critic Hayley Snow is ready to celebrate. But a killer seems intent on crashing the party. . ."
Every year, Key West's weeklong Mardi Gras style festival has tourists and locals alike lining up for costumed revelry and delicious eats. "Key Zest" magazine has assigned Hayley to write a piece on the fest's grab-and-go food, so she's planning on hitting up the mobile eateries while checking out the party preparations.
Hayley's office mate, Danielle, recently elected Queen of Fantasy Fest, is also buzzing between festivities and fundraisers. But when a former royal rival gets taken out, Hayley needs to put down her party hat and her pen and figure out who served up a side of murder before Danielle gets crowned a killer. . .

Clinical psychologist Roberta Isleib, aka Lucy Burdette, is the author of the Key West Food Critic Mysteries, including "Death with All the Trimmings" and "Murder with Ganache." Her books and stories have been short-listed for Agatha, Anthony, and Macavity awards.
Loading...
or
Not Currently Available for Direct Purchase