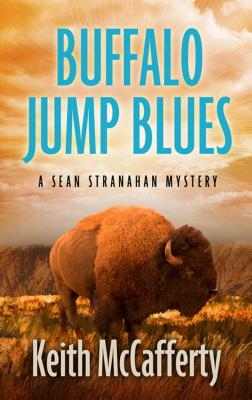 In the fifth novel in the Sean Stranahan mystery series, Montana's favorite fly fisherman-detective tackles a case of lost love, murder, and wildlife politics
In the wake of Fourth of July fireworks in Montana's Madison Valley, Hyalite County sheriff Martha Ettinger andDeputy Sheriff Harold Little Feather investigate a horrific scene at the Palisades cliffs, where a herd of bison have fallen to their deaths. Victims of blind panic caused by the pyrotechnics, or a ritualistic hunting practice dating back thousands of years? The person who would know is beyond asking, an Indian man found dead among the bison, his leg pierced by an arrow.
Farther up the valley, fly fisherman, painter, and sometime private detective Sean Stranahan has been hired by the beautiful Ida Evening Star, a Chippewa Cree woman who moonlights as a mermaid at the Trout Tails Bar & Grill, to find her old flame, John Running Boy. The cases seem unrelated until Sean's search leads him right to the brink of the buffalo jump. With unforgettable characters and written with Spur Award Winner Keith McCafferty's signature grace and wry humor, "Buffalo Jump Blues" weaves a gripping tale of murder, wildlife politics, and lost love.

Keith McCafferty is the survival and outdoor skills editor of "Field & Stream," and the author of" The Royal Wulff Murders," "The Gray Ghost Murders," "Dead Man s Fancy," and "Crazy Mountain Kiss," which wonthe 2016 Spur Award for Best Western Contemporary Novel. Winner of the Traver Award for angling literature, he is a two-time National Magazine awards finalist. He lives with his wife in Bozeman, Montana.

Keith encourages you to visit him at keithmccafferty.com"
Loading...
or
Not Currently Available for Direct Purchase