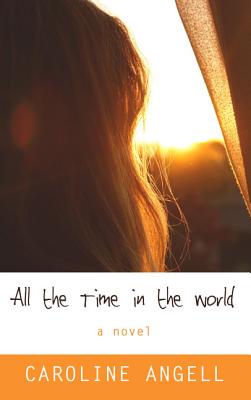 An unforgettable debut about a young woman's choice between the future she's always imagined and the people she's come to love.

Charlotte, a gifted and superbly trained young musician, has been blindsided by a shocking betrayal in her promising career when she takes a babysitting job with the McLeans, a glamorous Upper East Side Manhattan family. At first, the nanny gig is just a way of tiding herself over until she has licked her wounds and figured out her next move as a composer in New York. But, as it turns out, Charlotte is naturally good with children and becomes as deeply fond of the two little boys as they are of her. When an unthinkable tragedy leaves the McLeans bereft, Charlotte is not the only one who realizes that she's the key to holding little George and Matty's world together. Suddenly, in addition to life's usual puzzles, such as sorting out which suitor is her best match, she finds herself with an impossible choice between her life-long dreams and the torn-apart family she's come to love. By turns hilarious, sexy, and wise, Caroline Angell's remarkable and generous debut is the story of a young woman's discovery of the things that matter most.

Caroline Angell grew up in Endwell, NY, the daughter of an electrical engineer and a public school music teacher. She has a B. A. in musical theater from American University and currently lives and works in Manhattan. As a playwright and director, she has had her work performed at regional theaters in New York City and in the Washington, D.C., area. "All the Time in the World "is her first novel.
Loading...
or
Not Currently Available for Direct Purchase