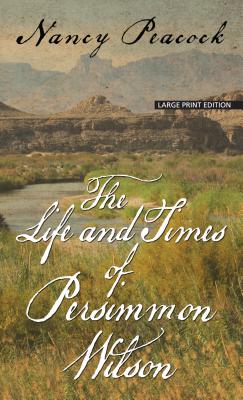 For fans of Cold Mountain and The Invention of Wings comes a tour de force of historical fiction (Henry Wiencek, author of Master of the Mountain) that follows the epic journey of a slave-turned-Comanche warrior who travels from the brutality of a New Orleans sugar cane plantation to the indomitable frontier of an untamed Texas, searching not only for the woman he loves but so too for his own identity.
I have been to hangings before, but never my own.
Sitting in a jail cell on the eve of his hanging, April 1, 1875, freedman Persimmon Persy Wilson wants nothing more than to leave some record of the truth his truth. He may be guilty, but not of what he stands accused: the kidnapping and rape of his former master's wife.
In 1860, Persy had been sold to Sweetmore, a Louisiana sugar plantation, alongside a striking, light-skinned house slave named Chloe. Their deep and instant connection fueled a love affair and inspired plans to escape their owner, Master Wilson, who claimed Chloe as his concubine. But on the eve of the Union Army's attack on New Orleans, Wilson shot Persy, leaving him for dead, and fled with Chloe and his other slaves to Texas. So began Persy's journey across the frontier, determined to reunite with his lost love. Along the way, he would be captured by the Comanche, his only chance of survival to prove himself fierce and unbreakable enough to become a warrior. His odyssey of warfare, heartbreak, unlikely friendships, and newfound family would change the very core of his identity and teach him the meaning and the price of freedom.
From the author of the New York Times Notable Book Life Without Water, The Life and Times of Persimmon Wilson is a sweeping love story that is as deeply moving and exciting an American saga as has ever been penned (Lee Smith, author of Dimestore).