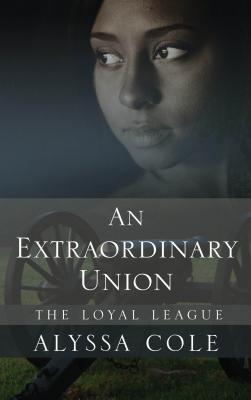 "Richly detailed setting, heart-stopping plot, and unforgettable characters." --Deanna Raybourn, New York Times bestselling author
As the Civil War rages between the states, a courageous pair of spies plunge fearlessly into a maelstrom of ignorance, deceit, and danger, combining their unique skills to alter the course of history and break the chains of the past . . .
Elle Burns is a former slave with a passion for justice and an eidetic memory. Trading in her life of freedom in Massachusetts, she returns to the indignity of slavery in the South--to spy for the Union Army.
Malcolm McCall is a detective for Pinkerton's Secret Service. Subterfuge is his calling, but he's facing his deadliest mission yet--risking his life to infiltrate a Rebel enclave in Virginia.
Two undercover agents who share a common cause--and an undeniable attraction--Malcolm and Elle join forces when they discover a plot that could turn the tide of the war in the Confederacy's favor. Caught in a tightening web of wartime intrigue, and fighting a fiery and forbidden love, Malcolm and Elle must make their boldest move to preserve the Union at any cost--even if it means losing each other . . .
Praise for the novels of Alyssa Cole:
"Rich in atmospheric details and rife with unexpected dangers."--RT Book Reviews
"Sweet, sensual, and suspenseful . . . rousing and entertaining."--Publishers Weekly

Alyssa Cole is a science editor, pop culture nerd, and romance junkie who recently moved to the Caribbean and occasionally returns to her fast‑paced NYC life. Her writing has been featured in publications including Vulture (New York Magazine's entertainment blog), Heroes and Heartbreakers, and The Toast. When she's not busy writing, traveling, and learning French, she can be found watching anime with her real‑life romance hero or tending to her herd of pets.
Loading...
or
Not Currently Available for Direct Purchase