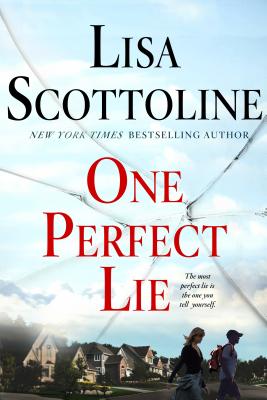 A handsome stranger moves to the small Pennsylvania town of Central Valley, and his name is Chris Brennan. He's applying for a job as a teacher and varsity baseball coach at the local high school, and he looks perfect, on paper. But his name is an alias, his resume is false, and everything about him is a lie. And he has a secret plan - for which he needs a pawn on the baseball team.

Susan Sematov loves her younger son Raz, the quirky and free-spirited pitcher of the team. But Raz's adored father died only a few months ago, and the family is grief-stricken. Secretly, Raz is looking to fill the Daddy-shaped hole in his heart.

Heather Larkin is a struggling single mother who's dedicated to her only son Justin, the quiet rookie on the team. But Justin's shy and reserved nature renders him vulnerable to attention, including that of a new father-figure.

Mindy Kostis is the wife of a busy surgeon and the queen bee of the baseball boosters, where her super-popular son Evan is the star catcher. But she doesn t realize that Evan's sense of entitlement is becoming a full-blown case of affluenza, and after he gets his new BMW, it's impossible to know where he's going or whom he's spending time with.

The lives of these families revolve around the baseball team and Chris Brennan. What does he really want? How far will he go to get it? Who among them will survive the lethal jeopardy threatening them, from the shadows?

Enthralling and suspenseful, One Perfect Lie is an emotional thriller and a suburban crime story that will keep readers riveted to the shocking end, with killer twists and characters you won t soon forget.

LISA SCOTTOLINE is a New York Times bestselling and Edgar Award winning author of twenty-eight novels. She has 30 million copies of her books in print in the United States, she has been published in thirty-five countries, and her thrillers have been optioned for television and film. Lisa also writes a weekly column with her daughter, Francesca Serritella, for The Philadelphia Inquirer, and those stories have been adapted into a series of bestselling memoirs, the first of which is entitled Why My Third Husband Will Be A Dog. Lisa lives on a Pennsylvania farm with an array of disobedient pets."
Loading...
or
Not Currently Available for Direct Purchase