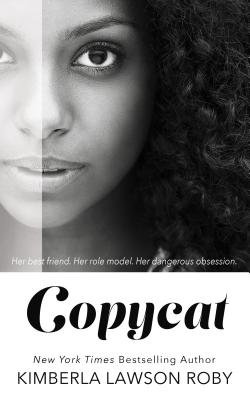 From the New York Times bestselling author who "writes with high-octane levels of emotion" (USA Today).
Befriending Traci Calloway Cole is the best thing Simone Phillips has ever done. Traci is the kind of woman Simone wants to be-in every way possible. She begins copying her role model. Not because she wants to be Traci. She just wants to be exactly like Traci.
Traci doesn't worry, though. She knows Simone doesn't mean any harm and that her mimicry is only sincere admiration. Until she discovers how far Simone's obsession has gone.
It is then that Simone's entire world begins unraveling, and dreadful secrets from her past are exposed with no warning. Secrets that she'll do almost anything to protect.
Email: kim@kimroby.com
Facebook.com/kimberlalawsonroby
Twitter.com/KimberlaLRoby
Instagram.com/kimberlalawsonroby
Periscope.com/kimberlalawsonroby